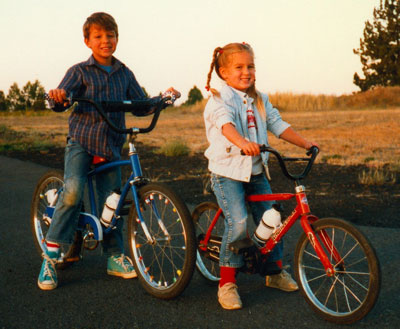 My Sister and I’s sweet bikes.

Filming from the upstairs of the Alpha Omega House, Adam catches some drunken fool as he wizzes behind a car. Suddenly, the guy decides to pee on something…

(Don’t worry – you can’t see anything you shouldn’t.)

Apparently, after he was done, he picked the wallet up and put it back in his pocket.

Adam’s laugh is absolutely priceless as he almost drops the camera. It basically makes the clip!

This could be the ‘Feel Good’ post of the year. If this doesn’t make your day, I seriously don’t really know what could. (You could try scrolling down to the Unitards).

Let’s start with the least impressive and work down to the most:

Yeah, Flute + Beat boxing + Stash – leaves me feeling a little less dude-like. Still – the guy has got skills. I wonder if he has considered Falconry?

Wow – the Gameboy music. Now we are really going back. …a million family car trips. (Except my family where Gameboys were outlawed…we looked at scenery…)

The Wickedly Tasty Lick Shred Your Face Off Version

Believe it or not, my wife and I seriously considered having this song (the original midi one) play when we walked down the isle at the end of our wedding. The setting was the only think that didn’t allow it. Bummer…

Ok- things are starting to heat up. I think he ends on the wrong pitch though… But then – the points after, Sweet!

This is quite amazing. I want to try and learn this one.

‘Freak’ – as in, Playing both parts together – that’s ridiculously cool.

6 Months and not 1 post devoted to male unitards??? I should fire myself! 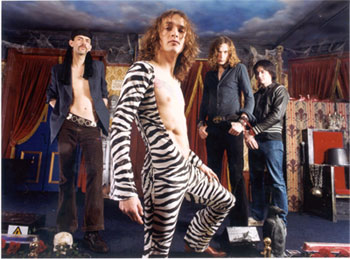 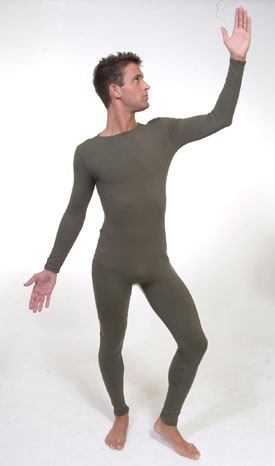 Gaze upon my upraised hand…only. 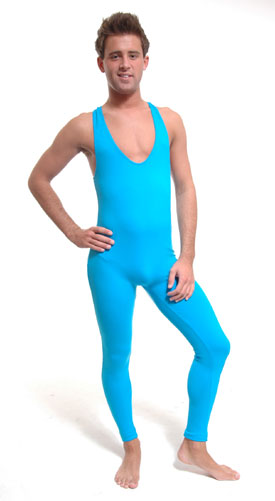 Excuse me -Did you just snap my unitard? 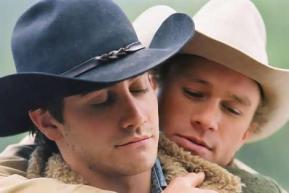 Uh…wait a minute. Actually – this did come up in an image search for male unitards…

I noticed today that there has been a surprising lull in drum content on What The Crap. Shame…

Maybe this will get us going again:

Wednesday: Bluegrass – Down in the Valley to Pray

The harmonies in this song always give me the chills for some strange reason.

Geez – I hope I have that kinda talent when I get old!

This is the second year trailer I made for CCF. (In case you missed it Year 1 here)

I came across this site today. They have several pictures of actual fast food next to the promotional/ad pictures of the same items. Very funny and kinda sick.